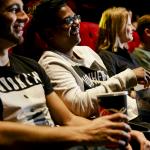 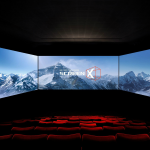 Enjoy a variety of experiences and services:

For showing times and dates visit the Cineworld website or contact the team: 0333 003 3444. For enquiries regarding conference room hire and school packages, drop the team an email: venuehire@cineworld.co.uk

TAKE A LOOK AT WHAT'S ON

How do any of us really know who we are? A man arrives in a strange town only to find that everyone knows his name, but thinks he's someone else. A woman wonders why her husband is not the man he was, but starts to rather like it. Confusion mounts as everyone uncouples from themselves. Will they ever find themselves again? And do they really want to? Shakespeare's The Comedy of Errors, a fairytale farce of everyday miracles, mistaken identity and double vision, is directed by comedy master Phillip Breen (The Provoked Wife 2019, The Hypocrite 2017, The Merry Wives of Windsor 2012). Miles Jupp will make his RSC debut as Antipholus of Syracuse in The Comedy of Errors.

From the writer of One Man, Two Guvnors comes a hilarious new play, set in 1940s British summertime.

After an aerial dog fight, Pilot Officer Jack Absolute flies home to rejoin his fearless young Hurricane squadron at RAF Fontwell. Once back on British soil, Jack is shocked to find his old flame, Lydia, on the base. He sets his sights on winning her heart, but with turbulence and hilarity never far away, his advances quickly turn to anarchy.

Thea Sharrock (Me Before You) directs a cast including Caroline Quentin and Richard Fleeshman in this joyous farce.

Get ready for a magnificent open-air concert featuring popular classics, show-tunes and of course, waltzes that carry you away. Following his very successful 70th birthday concert in cinemas, Andre Rieu invites you and your loved ones to enjoy his spectacular annual hometown concert from Maastricht. Happy Together will be the feel-good music cinema event of the year!